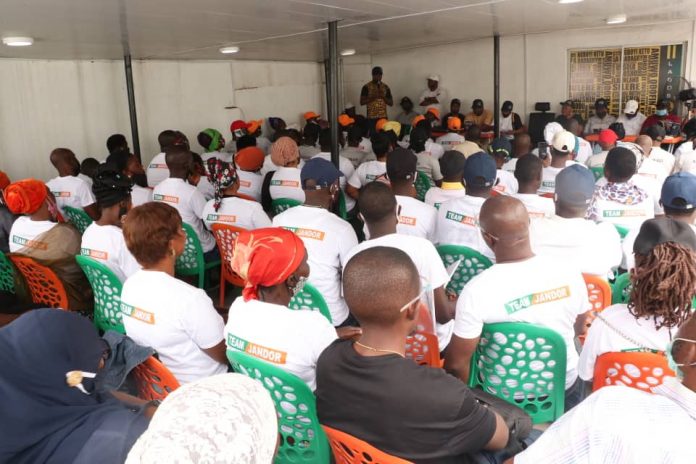 Following the state -wide broadcast by the Lead Visioner of Team Jandor, Mr. Abdul – Azeez Olajide Adediran over the weekend, stakeholders and the elites in Lagos have welcomed the initiative wholeheartedly and are committing to giving the Lagos4Lagos movement their full attention. The main objective of the Lagos4Lagos initiative is to make Lagos work for all that live in it and not a privileged few.

This was revealed by the state Publicity Secretary of the Lagos based Socio-political group, Mr. Afolabi Osanyinpeju, during a meeting with the executive members of the Ikeja division of the group at the Liberty Place. Speaking at the sideline of the event, Osanyipeju said the group has recorded more request for participation and from the Lagos elites and stakeholders in a bid to see the Lagos4Lagos movement to fruition.

It could be recalled that Mr. Abdul – Azeez Olajide Adediran, fondly called Jandor, on Saturday evening addressed a state wide broadcast on Channels TV, which was also televised on Core TV News. In the broadcast, Jandor had admonished the Lagos elites to participate in the electoral processes and show more interest like they did in 2011, which evidently was the highest participation in the history.

Osanyinpeju, however, noted that Team Jandor is open for more supports and participation in the quest to ensure an all-encompassing movement.