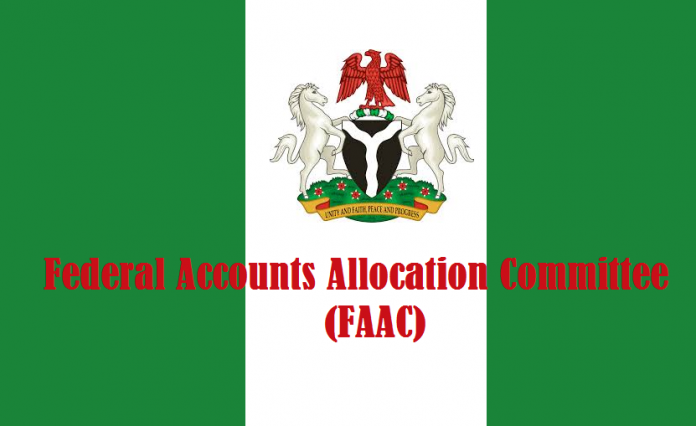 The Federation Accounts Allocation Committee (FAAC) on Tuesday said it shared N3.879 trillion to the Federal Government, States, local government areas, and other statutory recipients in the first half of 2020.

In a statement by the committee’s Director, Communications and Advocacy, Orji Ogbonnaya, the Federal Government received a total of N1.53 trillion while the states got N1.29 trillion and the 774 local government areas received N771.34 billion. Mr Orji stated that the figures, based on the latest edition of the quarterly review of the Nigeria Extractive Industries Transparency Initiative (NEITI), were very volatile.