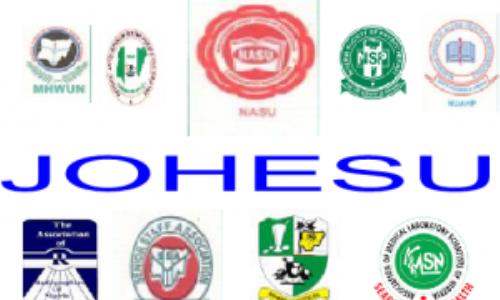 The Joint Health Workers Union (JOHESU) has asked its members to withdraw their services and embark on a nationwide strike starting from midnight on Sunday, September 13, 2020.

This decision was reached after the union’s expanded National Executive Council held a meeting on Saturday. The union in a statement on Sunday said it gave the Federal Government one week to address all lingering issues and nothing concrete had been achieved.

The health workers are asking the Federal Government to address the failing and decaying infrastructure in the health sector, pay the shortfall in COVID-19 hazard allowances for their members, and also, pay all outstanding salary arrears.