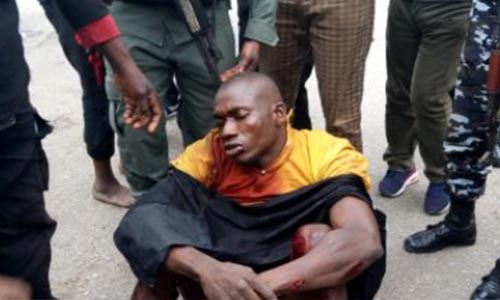 The police authorities in Rivers have arrested a suspected kidnapper said to be the most wanted in the state, Honest Digbara, popularly known as Boboski. Boboski, said to have come from Nwidera, Gokana Local Government Area was nabbed at Korokoro community in Khana Local Government where he was hiding with his gang members.

This was confirmed on Saturday by the Commissioner of Police, Joseph Mukan, at the state police headquarters in Port Harcourt. The police boss said the arrest of the criminal followed credible information by members of the public. To Mukan, Boboski and his gang members were responsible for the kidnapping and killing of one Barrister Emelogu after collecting ransom.

He also blamed the group for the killing of a Divisional Police Officer in Afam Division, Moses Egbede, killing of a civil defence at Glo pipeline, the kidnap and killing of Chief Mbu of Ogu/Bolo after collecting N7million as ransom among others.