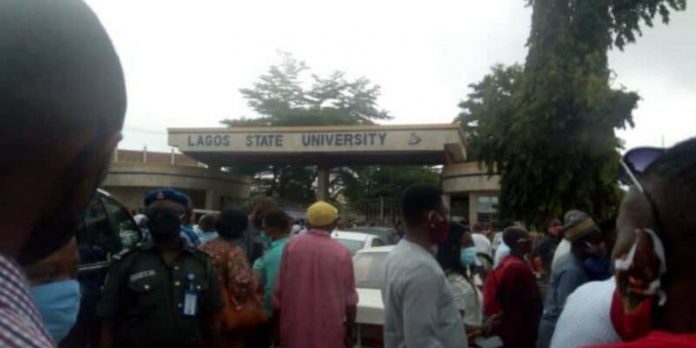 The free flow of vehicular movement was hindered by the protesting members who gathered as early as 7:00 am and prevented both students and lecturers from gaining entrance. Those locked out of the school include the Vice-Chancellor of the University, Professor Olanrewaju Fagboun.

All attempt by the Vice-Chancellor to dialogue with NLC, ASUU, NASU members was not successful, as they insist that no one will be allowed into the university premises until their demands are met by the state government.

They claimed that an increment in their salaries was promised by the Lagos State government more than a year ago and the promise was yet to be fulfilled.