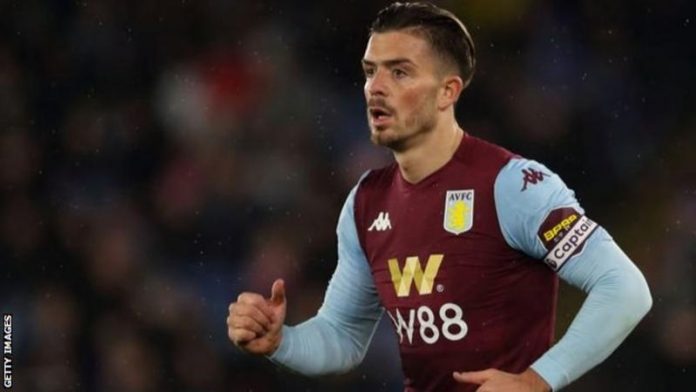 Aston Villa captain Jack Grealish has signed a new five-year deal with the club. The 25-year-old England playmaker had been linked with a move away from Villa Park this summer but announced he is staying on the club’s social media.

Grealish has been with his hometown club since he was eight-years-old, making his debut in the 2013-14 season. “It is my club, my home and I am very happy here,” Grealish said after agreeing the new contract on Tuesday.

The attacking midfielder, who made his first appearance for England against Denmark last week, has signed a contract until 2025. “We are determined to build a top team around him and are delighted he is extending his contract and committing himself to the club he loves,” Villa chief executive Christian Purslow said.

Villa begin their Premier League campaign at home to Sheffield United on Monday after Grealish played a key role in the club retaining its place in the top flight last season.

Buhari in London ahead of UK-Africa Investment Summit