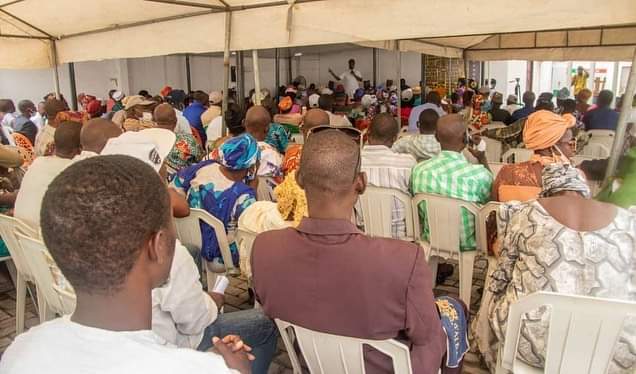 Executive members of the fast-growing Ibile-Eko Forum, an indigenous socio-political group in Lagos, have declared total support, readiness and commitment towards the Lagos4Lagos movement. The group, which has its structures in Ikeja, Badagry, Ikorodu, Lagos Island and Epe divisions of Lagos State gathered at the Liberty Place in Ikeja, where the Central Working Committee meeting was held and also reached far reaching decisions.

The meeting was the first to hold after the political witch-hunt on the members of the group by Council Chairmen professedly on the directive of the Lagos State Governor, Babajide Sanwo-Olu. Presiding over the meeting, the Grand Patron of Ibile-Eko Forum, Mr. Abdul–Azeez Olajide Adediran, fondly called Jandor, charged the CWC not to renege on their resolve to write a good history to the advantage of generations to come.

Jandor said “Our followers, especially the ones within Local Government establishments affirmed total commitment to exercising their constitutional right in joining any association of their choice, not minding the rising threats from their respective council administrators. “Some reported how they have been posted out of their beats to another, some complained on how they have been shut out of their offices among other unpalatable treatments. “Despite the purported witch-hunt, they remain unrepentant and irreversible Ibile-Eko Followers,” he added.

Meanwhile, the Principal Coordinator of the group, Mr. Bode Makinde, thanked the members for the impressive influx of new members and the die-hard support towards the attainment of group’s objectives. The Lagos4Lagos movement is a drive to ensure structures are put in place to make Lagos work for everyone who live in it, and eradicate the lopsided situation of Lagos working only for a privileged few.