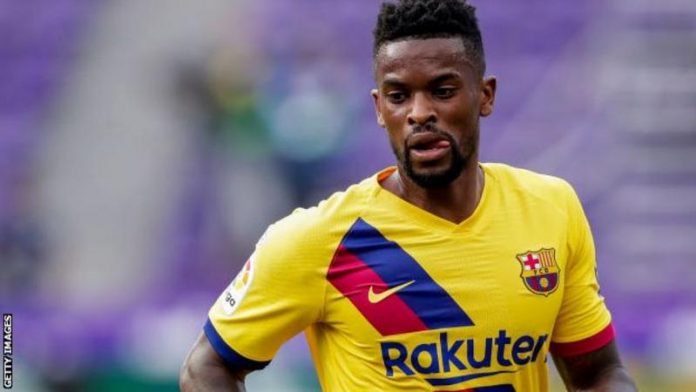 Wolves have signed Portuguese right-back Nelson Semedo from Barcelona in a deal that could be worth £37m. Manager Nuno Espirito Santo had been seeking a replacement for Matt Doherty, who moved to Premier League rivals Tottenham last month.

“It isn’t often that we have the opportunity to sign a world-class player from a world-class club,” said Wolves executive chairman Jeff Shi. Semedo, 26, has played 124 times for Barca and won 13 Portugal caps. Barcelona said the deal is an initial 30m euros (£27.61m) plus 10m euros “in variables”.

Semedo, who has signed a contract until 2023, is the third permanent signing by Wolves during this transfer window, following the arrival of Fabio Silva from Porto and Ki-Jana Hoever from Liverpool. If Wolves pay the full £37m then Semedo would become the club’s record signing, eclipsing the £35.6m they paid for Silva.

When asked why he chose to join Wolves, the defender told the club website: “Last year they did a very good season and it’s a very important team in England, in also Europe. I hope this year we can do very good things. “Coach Nuno is a very good coach. He did very good things here in Wolves, and in other teams too. For sure I’m going to learn a lot from him.”

COVID-19: Governors meet over reopening of economy, other issues