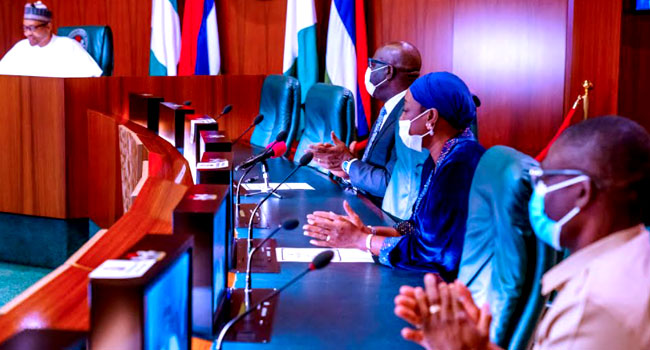 The Edo State Governor Godwin Obaseki has dismissed claims that he will be returning to the All Progressives Congress (APC).

Governor Obaseki who got a second term on the platform of the Peoples Democratic Party (PDP) said having contested and won on the party’s platform, moving out of the party will be a stain on his integrity.

“I couldn’t have contested on a party won on that party’s platform and then considered moving to another party,” Obaseki said on Friday when he visited President Muhammadu Buhari at the Presidential Villa. “It’s not a good thing to do, it’s not the right thing to do and I’m sure you will not encourage me to do that”.

Governor Obaseki was accompanied to the visit by his Deputy Philip Shaibu and some members of his cabinet, following his re-election as governor of the state. On the issue of godfatherism, the governor said he will not participate in such activities.

Troy Deeney: Watford captain says he will not return to training