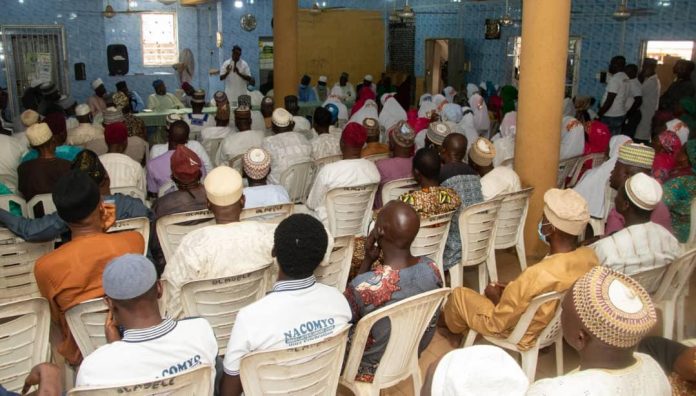 as Muslim clerics unite in prayers

The Lagos4Lagos movement, the new rave in Nigeria’s commercial city, has been tagged ‘God’s own project’, owing to the ever growing ownership by the masses.

This was revealed by the Lead Visioner of Team Jandor, Mr. Abdul – Azeez Olajide Adediran, at a special programme hosted by the directorate of Islamic affairs of the Lagos based Socio-political group and held in the Ifako Ijaye Local Government/Ojokoro Local council development area of Lagos state.

Jandor, as he is fondly called, appreciated the support of the people of Lagos both at home and in the Diaspora and described it as “massive and ordained by God”. “The first signal we got from God on this project is the continuous overwhelming support we get from the people. It is time indeed,” Jandor said.

The Lead Visioner, thanked the Islamic clerics and admonished them to continue to pray for the success of the Lagos4Lagos movement and everyone who have keyed into the initiative to ensure a better Lagos. TEAM JANDOR, which became time-honored in the 20 Local Governments and 37 Local Council Development Areas of Lagos state, is well established with a huge member base across all the wards.

In response to Jandor’s contributions to human development capacity, the Islamic groups’ leaders prayed for Jandor and also engaged him in an interactive session. The Islamic groups present include, the Muslims community, the leagues of imams and Alfas’, NACOMYO, FOMWAN and The women wing.