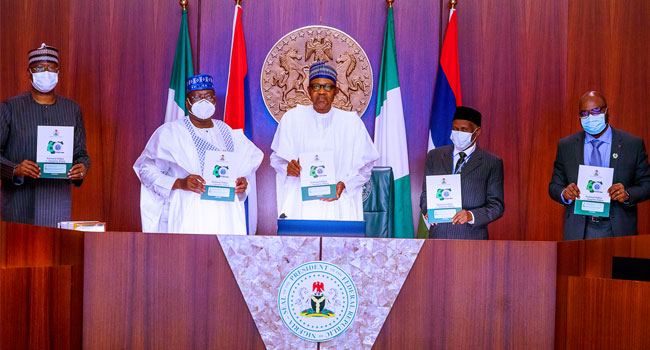 President Muhammadu Buhari has declared that the National Ethics and Integrity Policy “projects the government’s aspiration for the rediscovery of our cherished traditional ethical values of honesty, integrity, hard work, truth and justice, unity, faith, and consideration for one another irrespective of status or background. Corruption and corruptive tendencies are abhorrent to these core ethical values.”

The President said this Monday in Abuja at the Independent Corrupt Practices and Other Related Offences Commission (ICPC) 2nd National Summit on Diminishing Corruption and launch of the National Ethics and Integrity Policy, an event to mark the 20th anniversary of the establishment of the anti-corruption agency. The Policy was put together by the ICPC, in collaboration with the Office of the Secretary to Government of the Federation, and the National Orientation Agency.

The President recalled that “as military Head of State, I fought corruption headlong and held public officers who abused their office or misused public funds to the account. Furthermore, I introduced the War Against Indiscipline (WAI), one of whose cardinal objectives was the promotion of our cherished culture of ethical conduct, integrity, and hard work.

“I recognized in 1984 as I do even more now that corruption poses a clear danger to Nigeria, so, we cannot relent in efforts to eradicate it from our society. As I have often reminded Nigerians, ‘If we do not kill corruption, corruption will kill Nigeria.’”