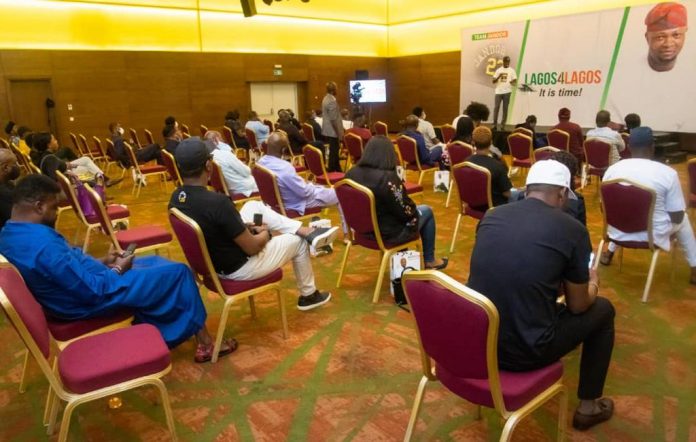 It was an all-round engagement, excitement and eureka session on Sunday, when the Lead Visioner of Team Jandor, Mr. Abdul – Azeez Olajide Adediran, played host to elites in Lagos in the second edition of scheduled engagement with Corporate Lagos titled “Evening with Jandor” which held at the Eko Hotel and Suites, Victoria Island area of Lagos, over the weekend.

Jandor, as he is fondly called, is making steady progress in his strategic quest to continuously engage the multi-dimensional variety of Lagos residents to spread the gospel of his Lagos4Lagos movement. During the interactive session with members of the Lagos elites, Jandor gave details of how far the ‘Lagos4Lagos’ movement has fared, with visible structures in all political wards of Lagos state, and also the affiliation with a number of groups registered within and outside the country.

“The ‘Lagos4Lagos’ initiative belongs to everyone, who have seen it as a rescue mission in our bid to make Lagos work for Lagos.” “We have a strong advisory team, with great influence across all strata, from the economy to infrastructure, sports, entertainment and all works of life,” he said.

Jandor, however, stated that he remains confident that it will be all round success as the people have joined the team and are strongly committed irrespective of the many oppressions and intimidations. He added that “Yesterday, a videoconferencing event was held, and I am happy to announce to you that our brothers in the U.S, U.K and other Asian countries are with us on this project.”

The elites, who spoke at the interactive session unanimously commended that efforts, commitment and the resources invested so far, registering their pledge to the ‘Lagos4Lagos’ initiative.

Copa America 2021: Brazil players strongly criticise organisers but will not...