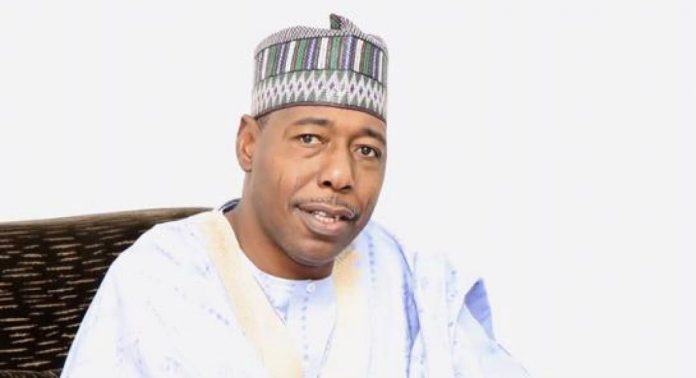 The Borno State Police Command have released the names of the officers killed by Boko Haram ambush on Saturday. Commissioner of Police, Bello Makwashi listed the names of his dead personnel on Monday when Borno Governor, Babagana Zulum visited the Command Headquarters in Maiduguri, the state capital. “During the encounter, I want to name the names of those that lost their lives and paid the supreme price,” Makwashi said.

According to him, the affected officers are Mba Mathew, Ibrahim Muhammad, David Jarta, Jerry Joseph, John Barka, Elijah Gwarza, Eheboya Osaheinde, and Nura Aminu. The police boss told the governor that the State Command had to break the sad news to the families of those in Maiduguri, adding that some were still on their way coming. Meanwhile, the wives of the slain officers have appealed to the governor for support during the trying moment.

Mrs Effa David Jarta who spoke on behalf of the widows said they received the news of the unfortunate incident that claimed the lives of their breadwinners in utter shock, adding that “it is not easy.” “It is God’s design for them, everybody will die but our prayer is to consider us. Let the government see us and pay all the benefits of our husbands. This is all I have to tell you.”

Mrs Joseph thanked the governor for his visit but said “consider us and the situation we are in.” On his part, Governor Zulum expressed deep regret about the incident which he said was the first in 18 months since he became governor.

JUST IN: Air Peace boss appears before House of Reps