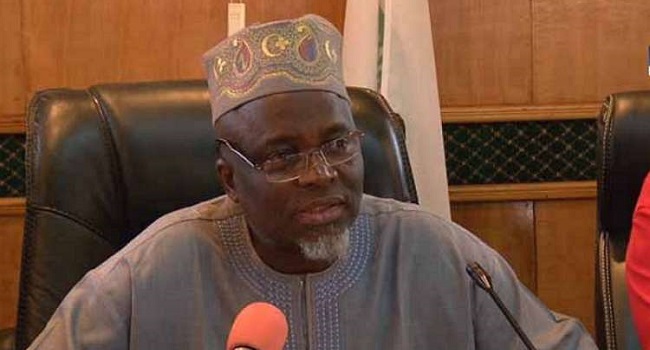 The Federal Government has said effective checks have been mounted against incidents of identity theft in the admission process into the country’s tertiary institutions. Registrar of the Joint Admissions and Matriculation Board, JAMB, Prof Ishaq Oloyede, who disclosed this at a briefing in Abuja, explained that the government, through the Minister of Education, Adamu Adamu issued a directive, mandating JAMB to transfer candidates’ biometric data to their institutions of choice, thus ending fresh capturing of biometrics and pictures of candidates for post-UTME tests.

Oloyede stated that the directive has already uncovered 657 cases of candidates, whose photographs could not match the ones recorded in JAMB’s database and were currently angling to change the photographs; adding that the board has referred those who requested for change of photographs to come down to its headquarters, with the intention of bringing perpetrators of fraud to book. “In previous admission exercises, certain candidates who appear in the institution for registration were different from those who actually sit the examination. This was possible because the institutions were taking fresh pictures and biometrics thereby making it possible for impersonators to have a field day to ply their trade.

“In the last exercise, we insisted, as directed by the Hon. Minister of Education, that all institutions should use the already captured biometrics and pictures by the Board. This made it impossible for the candidates whose examinations were taken on their behalf by professional examination takers to gain admissions,” he said.

According to him, implementation of the directive led to the arrest of a police constable with the Akwa Ibom State Division, Etim Israel, who was paraded before newsmen on allegation of examination malpractice. Etim had hired a school teacher named Emmanuel and paid him N30,000 to write the 2020 UTME for him while he was away on official duties. Luck however ran out on him when his photograph could not tally with Emmanuel’s and was forced to visit the JAMB headquarters in Abuja for rectification.

According to him, he scored over 200 points in UTME and wanted to read fishery at the Akwa Ibom state University, but the new measures in place would not let him dare show his face in his chosen institution as it is the picture of his impersonator that would be displayed at the screening venue.