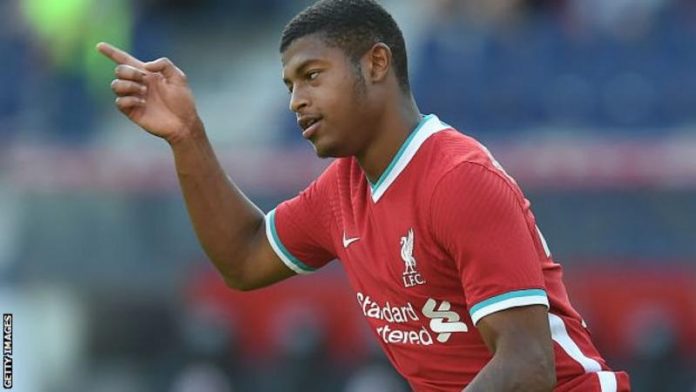 Liverpool forward Rhian Brewster is set to sign for Sheffield United in a club record deal worth £23.5m. The package for the England Under-21 international includes a buy-back option for three years and the Reds will get 15% of any sell-on fee.

Brewster, 20, helped England win the Under-17 World Cup in 2017 and scored 11 goals in 22 appearances while on loan at Swansea City last season. The Blades are yet to score in three Premier League games this season. Several English top-flight clubs – including Aston Villa, Brighton, Burnley, Crystal Palace, Fulham and Newcastle United – had inquired about signing Brewster on loan.

He won the Golden Boot with eight goals at the Under-17 World Cup, playing in an England team alongside Manchester City midfielder Phil Foden and Borussia Dortmund forward Jadon Sancho. “I can’t confirm that it’s all been done but we have been in negotiations with Liverpool for a while and discussions between the player and the club are still ongoing,” said Blades boss Chris Wilder on Friday.

“There’s nothing to announce at this minute but we are down the line. “It is an area we need to improve and that’s not being disrespectful to the strikers we already have here. We need competition in the group.” Brewster has recovered after suffering a serious ankle injury in January 2018 which ruled him out for the rest of that season.