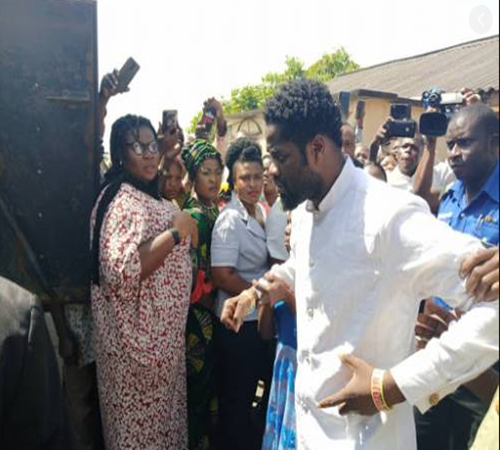 Justice Olusegun Odusola of the Ondo State High Court has sentenced the Founder of Sotitobire Praising Chapel, Prophet Babatunde Alfa, and five others to life imprisonment over the disappearance of one-year-old Gold Kolawole in the church.

Justice Odusola convicted the defendants having found them guilty of the two-count charge of kidnapping and aiding and abetting to kidnap based on the circumstantial evidence presented by the prosecution. The judge also condemned in strong terms the complicity, compromise, and lackadaisical attitude of the Ondo State police command after the child got missing which also led the burning of Sotitobire Church.

The judge pronouncement follows months of the trial of Prophet Alfa over the missing child. The one-year-old boy was declared missing on November 10, 2019, during church service at the children’s section of Sotitobire Praying Ministry in the Ondo State capital. The situation turned violent after news filtered that the corpse of the missing one-year-old was found inside the church premises.

The prophet was then taken into the custody of the Department of State Service (DSS) for questioning and eventually arraigned in court.

Security Agencies hit criminals with the language they understand – Dingyadi