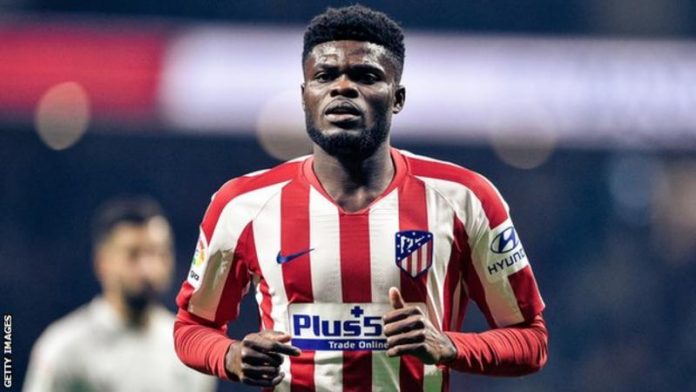 Arsenal have signed Thomas Partey from Atletico Madrid on a long-term deal after paying his 50m euros (£45.3m) release clause. The 27-year-old Ghana midfielder made 35 league appearances and scored three goals for Diego Simeone’s side as they finished third in La Liga last season.

He played 188 times for Atletico after joining the club in 2011. Uruguay midfielder Lucas Torreira, 24, has moved in the opposite direction and joined the La Liga side on loan. Arsenal have been linked with Partey, who has 29 international caps, throughout the summer transfer window.

Arsenal manager Mikel Arteta said: “We have been watching Thomas for a while, so we’re now delighted to add such a high-quality player to our squad.

TERRORISM: FRANCE OFFERS TO SUSTAIN IN THE FIGHT AGAINST BOKO HARAM

Arotile will be buried in full military honours – NAF