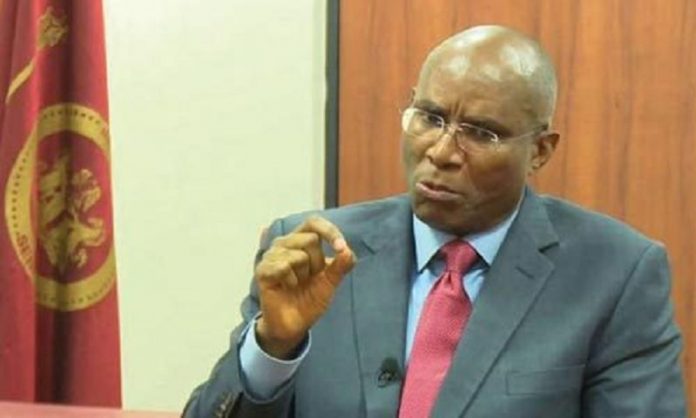 The Deputy President of the Senate, Senator Ovie Omo-Agege has strongly condemned the reported killing of a policeman in Ughelli, Delta State. Senator Omo-Agege in a statement on Friday by his spokesman, Yomi Odunuga has called for a thorough investigation into the matter.

The police officer, Etaga Stanley, is said to be an indigene of Ughelli South and a constituent of the Deputy President of the Senate. He reportedly lost his life during the #EndSARS protests in Ughelli Town on Thursday in a circumstance that appeared quite “avoidable and cannot be encouraged by peace-loving people. “It was also reported that another police officer, Sergeant Patrick Okuone, sustained injuries during the incident”.

The Deputy Senate President described the incident as serious noting that he supports full professional and thorough investigation of the matter by the Police.

While calling on the police to exercise restraint and follow due process in fishing out the alleged killers, he condoled with the family of the deceased, the entire police and his Delta Central Senatorial District for the sad loss.