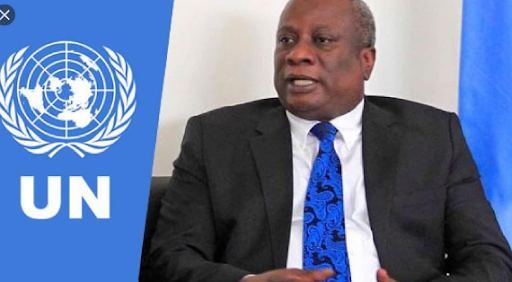 The United Nations Resident Coordinator in Nigeria, Edward Kallon, has sued for peace amid the agitation and protest by Nigerians demanding an end to police brutality and extortion by operatives of the Special Anti-Robbery Squad (SARS).

Kallon in a post on his official Twitter page said the decision of the Nigerian government to reform the police is welcomed and the youths should remain peaceful as the process of reforming the police may take time.

“I have followed the developments regarding #EndSARS movement. Government’s commitment to dismantle the outfit & reform the @PoliceNG is welcome. The process may take time. I appeal to the youth to remain peaceful. The @UN is committed to supporting Nigeria’s continued stability,” he tweeted.

The presidential panel on Tuesday approved the demands of #SARSMUSTEND protesters, including halting the use of force against protesters and the unconditional release of arrested citizens.

BREAKING: Investment inflows into Nigeria dropped by $460m in Q3 —...