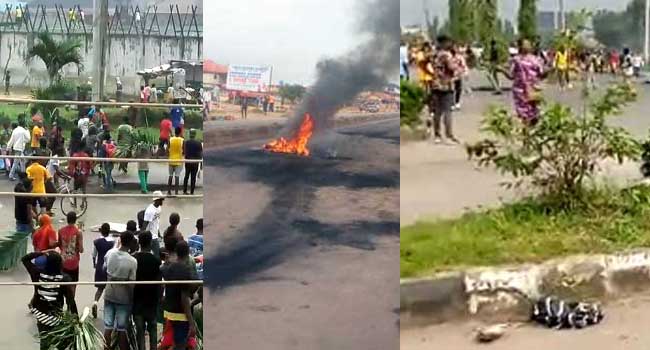 The Force in its tweet statement also called on parents/guardians to prevail on their children/wards to desist from acts of violence under any guise whatsoever. According to the brief communique, the NPF says it is doing everything possible at the moment to bring the situation under control, protect the lives of innocent citizens and prevent further attacks on any other critical infrastructure in the state.

At the time of filing this report, the NPF said the extent of damage cannot be ascertained but notes that reports indicate that the protesters carted away arms and ammunition from the armoury and freed the suspects in custody before setting some of the facilities ablaze.

The force enjoined protesters to be patient and to believe in the reform processes which are all directed at ensuring the security, safety and rights of all.