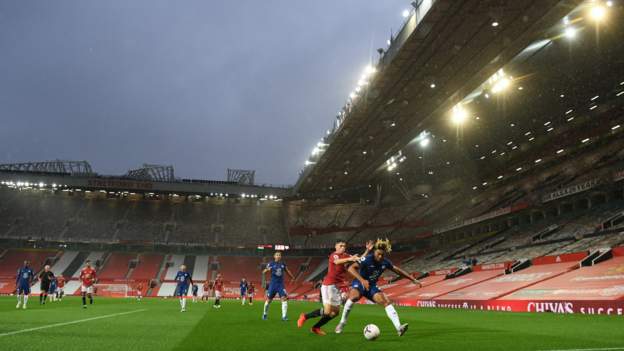 Manchester United have modified Old Trafford to accommodate 23,500 socially distanced spectators, and say they are “bemused” by the ongoing ban on fans at stadiums.

The government had proposed crowds be gradually reintroduced from the start of October but made a U-turn following a rise in coronavirus cases. “We received government guidelines,” said Collette Roche, United’s chief operating officer. “I’m convinced that we would be able to [accommodate fans] safely.”

Last month, Prime Minister Boris Johnson said the new restrictions were likely to remain in place for the next six months. The financial impact of the pandemic has severely affected several sports and teams, including United who suffered a £70m drop in expected revenue in the period to 30 June 2020 as a direct result of it.

Roche told Sky Sports News: “It’s quite bemusing to understand why people can gather in other settings such as on an aeroplane or in a restaurant, or even in a cinema to watch football, when we know we’ve got the plans and the process is ready to deliver a match day here safely.