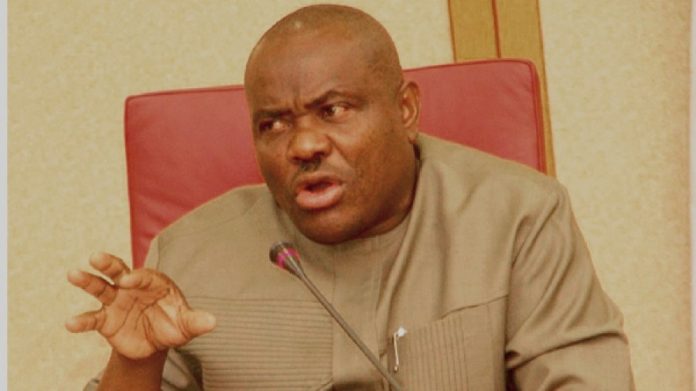 Rivers State Governor, Nyesom Wike has signed an Executive Order proscribing the Indigenous People of Biafra (IPOB) in the state. The governor who disclosed this on Wednesday during a state-wide broadcast in Port Harcourt made it clear that the state is home to all tribes.

“We have everything against the presence and activities of the legally proscribed and anarchic Indigenous People of Biafra (IPOB) and whatever that group stands for in Rivers State,” he said. “This is clearly a terrorist group whose existence, creed, mission, and activities are strongly denounced even by the Government and peoples of the South-Eastern States of the country. “I have therefore signed the executive order to reinforce the total ban on IPOB and its activities in Rivers State or any part thereof and nothing will stop us from enforcing this ban in its entirety.”

The announcement comes hours after the government also lifted a ban on movement which had been imposed in some parts of the state. Some of the areas include Mile 1, Mile 2, Ilabuchi, Ikokwu areas among others. Wike however said the curfew in Oyigbo Local Government Area stile remains while the Ikokwu market remains shut.