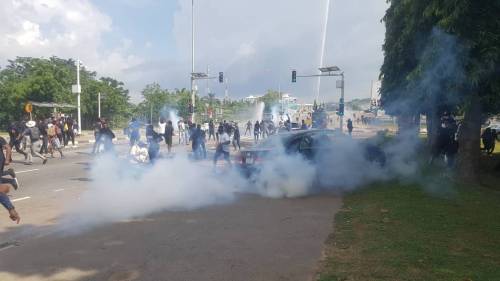 The International Criminal Court (ICC) says it has commenced preliminary examination into the recent #EndSARS protests in Nigeria.

According to BBC, the office of the ICC Prosecutor, Fatou Bensouda, said it has received information on alleged crimes. It adds that the examination will “assess whether the legal criteria for opening an investigation under the Rome Statute are met.”

#EndSARS protesters in October took to the streets across the country to protest police brutality and high-handedness of the Special Anti-Robbery Squad (SARS), a unit of the Nigeria Police Force (NPF).

In response to the protests, the Inspector-General of Police (IGP), Mohammed Adamu announced the dissolution of SARS unit and their replacement with Special Weapons and Tactics Unit (SWAT).

The ICC says it would make findings of the preliminary examination public.