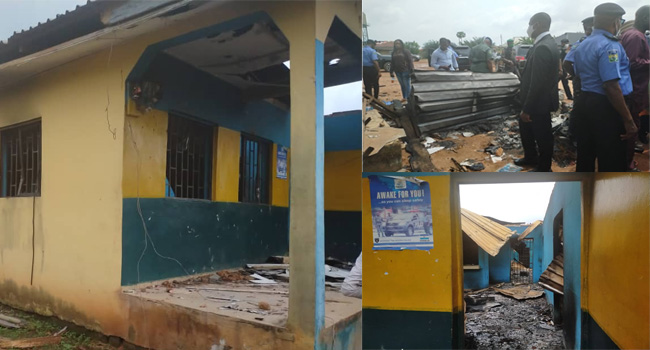 The Inspector-General of Police (IGP) Mohammed Adamu on Wednesday visited Edo State to assess the level of damage done to police stations and other properties in the state.

IGP Adamu who was accompanied by the state deputy governor, Philip Shaibu, and other top officials visited officers on admission at the University of Benin Teaching Hospital (UBTH) after sustaining injuries in attacks carried out by hoodlums in the wake of #EndSARS protests.

They also visited Ivbiotor and Ugbekun Police Station both located in Benin city, the state capital, and the Nigeria Correctional Service Custodial Center in Sapele Road, Benin City. The IGP is currently on a tour of police formations destroyed during the recent attack on some stations in different parts of the country.

The Police Boss was in Lagos State on Tuesday and he condemned the action of the hoodlums who wreaked havoc by destroying both public and private properties. Adamu said the scale of the destruction witnessed in Lagos and around the country called for the need to adopt standard protocols for public protests.