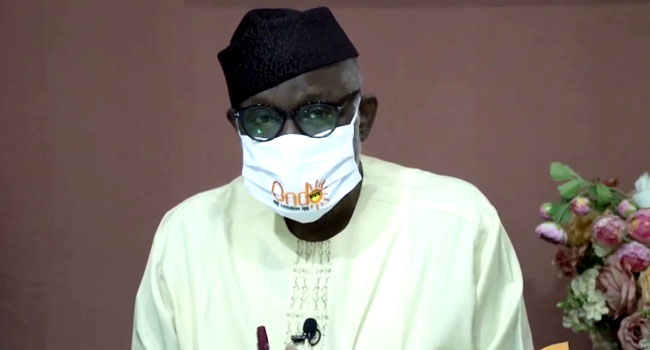 Ondo State Governor, Oluwarotimi Akeredolu, has called on residents to support the government in ensuring the security of the lives and properties of the people. He made the call in a statement on Friday by the Commissioner for Information and Orientation in the state, Donald Ojogo, while reacting to the spike in crime rate across the state.

The governor urged the residents to take responsibility by exposing the criminals within their environment and issued some directives to check the increase in crime rate. He banned all vehicles with unauthorised tinted glasses from plying the roads in the state, saying such vehicles without a duly certified permit issued by a relevant security agency should be impounded.

Governor Akeredolu also directed that all commercial motorcycle operators, otherwise known as Okada, should operate within the hours of 6am and 6pm. He warned that no commercial motorcycle must operate beyond 6pm, stressing that anyone found flouting the directive would have his motorcycle impounded. “The Ondo State Government has noted with concern, the worrisome spike in crime rate across the state, and in particular, security reports at the disposal of government are considered signs deserving of serious attention.

“Specifically, the last one week witnessed an unimaginable upsurge in robbery, kidnapping and in some cases, murder. This is no doubt, condemnable,” the statement said.

Juventus sack Andrea Pirlo as manager of Italian club after one...