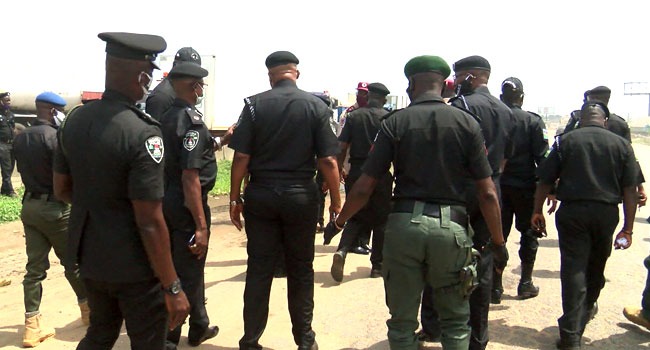 Security personnel have been reminded to uphold the fundamental human rights of citizens while carrying out their duties in order to deal with the challenges of violent extremism in the country. The National Security Adviser (NSA), Babagana Monguno, gave the reminder on Friday at a three-day workshop for security personnel in Kaduna State, organised, as part of efforts to curb all forms of human rights abuses and brutality by security agents when carrying out their constitutional duties.

Monguno who was represented by Zakari Maijinyawa, urged the security operatives to always play by the rules of engagement while in the field without violating the rights of citizens. The training facilitator, Professor Ifeanyi Onyeonoru, as well as the Project Manager, Prevention of Violation and Extremism, Chukwuma Ume, also spoke at the event. They urged the participants to adapt the manual in their various training institutions, as well as mainstream and institutionalise the PVE Human Rights Sensitive training manual in their training curriculum.

A representative of the National Human Rights Commission (NHRC), Kabir Aliyu, gave an assurance that the agency would provide guidance and expertise, as well as monitor the implementation. For participants, drawn from the police, Nigeria Security and Civil Defence Corps (NSCDC), Department of State Services (DSS), and other paramilitary agencies, the training is timely and will enhance inter-agency collaboration and cordial civil-military relations in the enforcement of law and order.