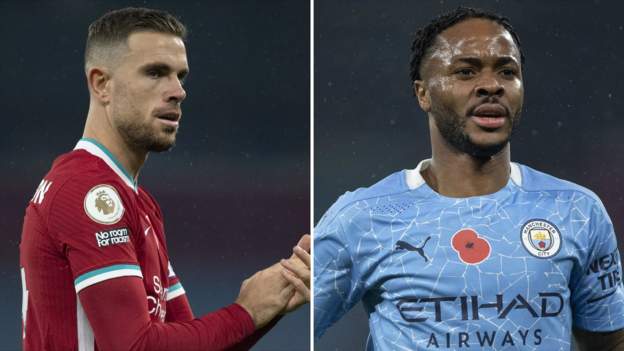 Jordan Henderson and Raheem Sterling will miss England’s Nations League match against Iceland at Wembley on Wednesday because of injury.

Liverpool captain Henderson was replaced at half-time in England’s 2-0 defeat by Belgium on Sunday after feeling tightness in his leg. Manchester City forward Sterling missed the match with a calf issue. Both players will return to their clubs for further assessment before the Premier League resumes this weekend.

Manchester City are at Tottenham on Saturday (17:30 GMT) while Liverpool host Leicester on Sunday (19:15). England manager Gareth Southgate will prepare for Wednesday’s match with a 22-man squad. The Three Lions are unable to qualify for next October’s Nations League finals following their loss to Belgium in Leuven.