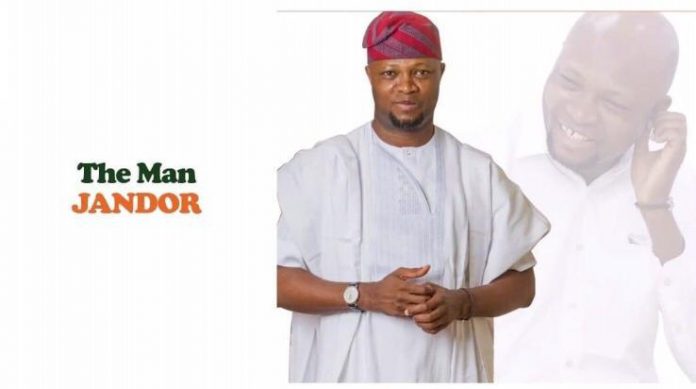 **as he meets with political editors at media parley

Extensively touring all Local Government and Local Council Development Areas has availed us the opportunity to know the state of Lagos like the back of our hands, with a chance to get closer to the people which has helped to have firsthand information about the yearnings and the needs of Lagosians, says the initiator of the Lagos4Lagos movement, Mr. Abdul-Azeez Olajide Adediran, during a parley held in Lagos with political editors of the Nigerian press. The parley which also x-rayed the journey of the Lagos4Lagos movement, the structures and reasons why the political movement chose a new execution path.

To Jandor, as he is fondly called, it was a reunion of sorts with his colleagues in the media, having served as a political reporter with the Lagos state television (LTV 8), and also sitting atop a terrestrial television and media consultancy firm, the Core Media Group.

To some people, the Lagos4Lagos mantra, as resounding as it is, it appears sectional but, in his address, Jandor expounded on the slogan which has now become a soothing aspirational anthem on the lips of the majority. According to him, the ‘Lagos4Lagos’ mantra has different meaning to different people, availing them the opportunity to on find their own unique expression in it.

Jandor said, the mantra simply means a Lagos that works for everyone who lives, works and pay taxes in Lagos irrespective of their status, tribe and the political party they belong. “Today, we have our structures in all wards in the state, with all ethnic groups represented,” he noted.

Lagos is a unique state with different communities both upland and across the rivers, no one can claim to truly know it from a distance without having a tour to all the political wards and communities to see and understand their challenges, strength and weaknesses first hand. According to Jandor, “moving across all political wards of the state many years before the election shows the level of preparedness, seriousness and how concerned we are about the peoples’ yearnings.”

Team Jandor, Ibile-Eko, Eko Forum and Eko United are some of the key facets of the movement with their own unique targets spread across the 20 Local Governments and 37 Local Council Development Areas of the state. Adediran explained that each of the groups have multiples of thousands of followers who are registered into their folds and are excited about the Lagos4Lagos movement.

A movement led by a 42-year-old Lagosian, with over 2 decades of experience within government and political corridors, complemented by intrinsic knowledge of the state’s demographics and its peoples’ needs make the movement distinct. “We aren’t relying on political structures owned by other people, we are building our own new structure, comprising a new generation of resilient thinkers that are fed up with the old way of doing things and are prepared to put in the efforts required to effect positive change”.

Jandor urged the journalists to do their own independent findings to determine the movement’s level of acceptability.