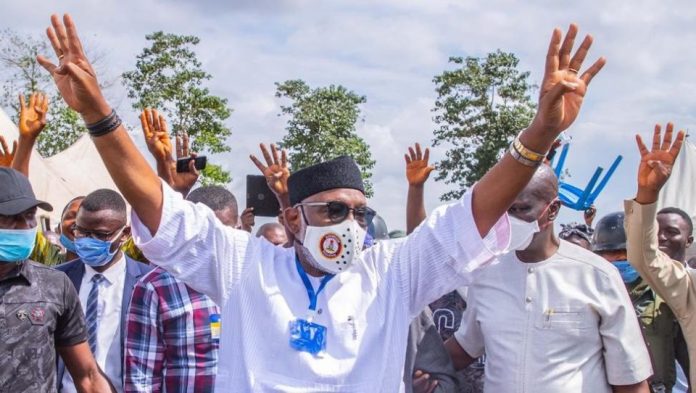 The Federal High Court in Abuja has fixed December 14 for judgment in a suit filed by a governorship aspirant in Ondo State, Dr Nath Adojutelegan, challenging the validity of the July 20, 2020, primary election which produced Governor Oluwarotimi Akeredolu as the All Progressives Congress’ candidate in the October 2020 election in the state.

Justice Okon Abang fixed the date for judgment after concluding the hearing, with the Independent National Electoral Commission, the third defendant in the suit, adopting its counter-affidavit in opposition to the suit on Friday.

Both the APC and Akeredolu, the first and second defendants, respectively, had through their separate lawyers, on Tuesday, when the hearing started, adopted their counter-affidavits and notices of preliminary objection in urging the court to dismiss the suit. The judge had to cut short the Tuesday’s hearing and adjourn till Friday after it was realised that INEC’s counter-affidavit was not served on the other parties to the suit.

Adopting INEC’s counter-affidavit on Friday, the commission’s lawyer, Abdulaziz Sani, said, “Considering the nature of the dispute, we will rather be bound by the outcome of the suit”.