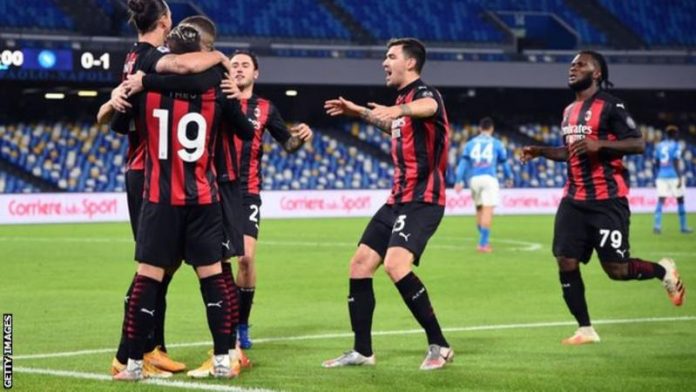 The 39-year-old now has 10 goals in six league games this season, but left the field with what looked like a hamstring injury in the second half. He gave Milan the lead with a header from the edge of the box before turning in an Ante Rebic cross after the break.

Dries Mertens pulled one back for Napoli just after the hour mark. But on-loan Chelsea midfielder Tiemoue Bakayoko was sent off for the hosts two minutes later.

Norway winger Jens Petter Hauge wrapped up the win for Milan in added time with his first Serie A goal to maintain the leaders’ unbeaten start.