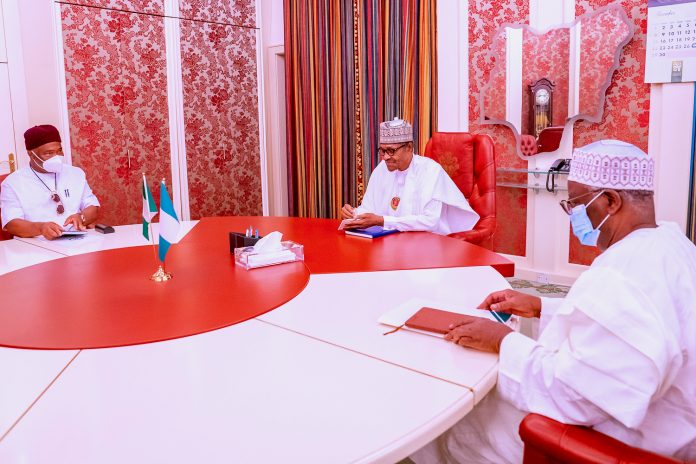 Imo State Governor, Hope Uzodinma on Friday said his state requires at least N75 billion to fix erosion sites across the state. Uzodinma made the announcement at a press briefing in Abuja after a closed-door meeting with President Muhammadu Buhari. According to the Governor, Imo has 360 erosion sites of which 57 have been studied.

Imo is one of the worst-affected states by erosion in Nigeria. At the Friday briefing, Uzodinma also commented on the recent defection of Ebony State Governor, Dave Umahi, to the All Progressives Congress (APC). He welcomed Umahi’s entry into the APC and said he has no knowledge of the latter’s rumoured presidential ambition as a factor in the move.

Uzodinma urged Nigerians to celebrate the successes of the Buhari administration which, according to him, includes food security and the various social intervention programs being carried out across the country.

On the newly commissioned modular refinery in the state, Uzodinma said if every state can replicate it, there would be no need to import petroleum into the country. The homegrown refining will also free over a trillion naira that can be used for other purposes, he added.

Corruption probe: NFF officials to appear before EFFC in 2020