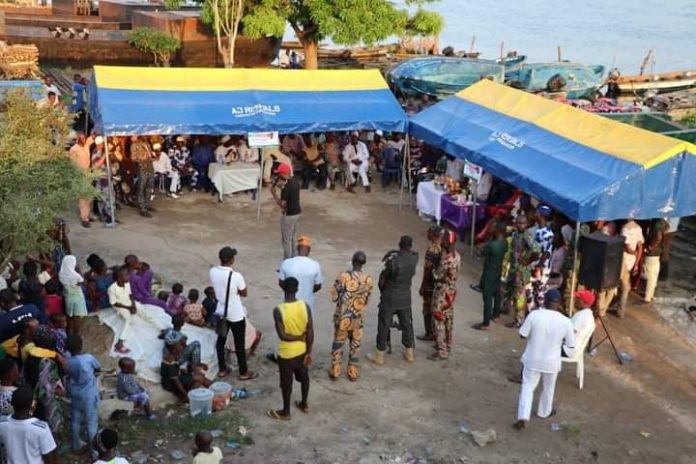 ** as more communities key in to the Lagos4Lagos agenda

The Lagos4Lagos movement over the weekend made considerable progress as it expanded its strongholds and footprints into more communities and villages in the commercial nerve of the country. Speaking at the sensitization of the electorates at Ibasa village and Etegbin community of Oriade and Oto-Awori Local Council Development Areas respectively, the visioner and initiator of the Lagos4Lagos movement, Abdul-Azeez Olajide Adediran thanked and congratulated the community residents for seeing the light and choosing the path of taking their destiny in their hands.

Jandor, as he is preferably called, said after visiting all the 20 Local Governments and 37 LCDAs of the state, it is important to also preach the gospel of Lagos4Lagos movement in all wards, communities and villages in Lagos state. It could be recalled that the leader of the current largest socio-political group in Lagos State, over the weekend honoured the Badagary youth’s invitation as the keynote speaker at the 2020 Badagry Corridor Development Dialogue Seminar, where more support and membership into the movement were secured.

Speaking on the success of the outing, Jandor said “our community-to-community, village-to-village sensitization and mobilization exercise for our Lagos4lagos movement continued over the weekend. He noted that the team “were able to cover Ibasa village under Oriade LCDA and Etegbin in Oto-Awori LCDA.”

Giving the assurances of more work to ensure that the initiative covers all the nooks and crannies of the state, he added that “we won’t relent until we take Lagos by storm with our Lagos4lagos mantra aimed at making Lagos work for all”.

Army determined to achieve all objectives of ‘Exercise Sahel Sanity’ –...