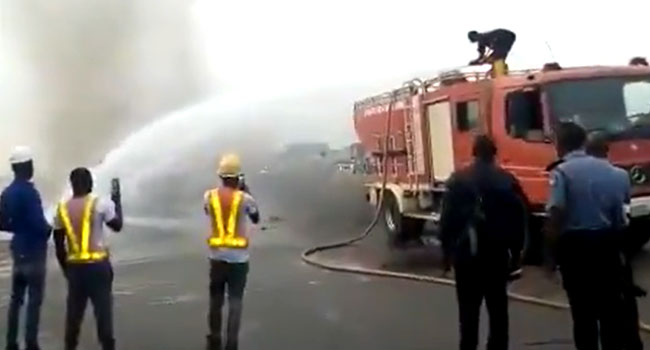 A tanker fire accident at Magboro area of the Lagos Ibadan Expressway has caused a major gridlock along the axis. The accident occurred in the early hours of Wednesday at Magboro Bus-Stop, Outward Lagos.

While motorists were held up in the gridlock some commuters resorted to trekking to their places of work. Eyewitnesses said that emergency service from firefighters arrived early preventing further escalation of the fire from the accident.

The Federal Road Safety Corps has therefore advised motorists planning to use the Lagos Ibadan expressway corridor to adequately plan their trips and use alternative routes where possible because of the gridlock caused by the lone incident. This incident comes over three weeks after a fuel-laden tanker went up in flames at the Kara end of Lagos-Ibadan Expressway.

The Federal Road Safety Corps confirmed that no fewer than two persons died with 29 vehicles burnt in the incident.