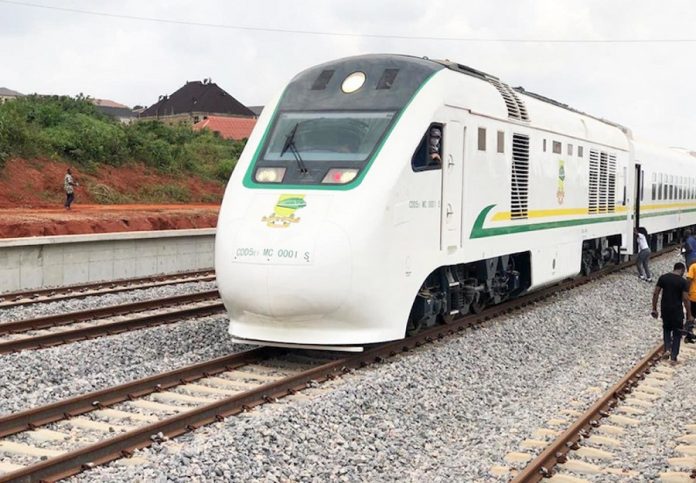 The Federal Government has announced the commencement of Commercial Operations on the Lagos-Ibadan rail line. The Presidency in a Tweet on Monday said the commercial operations commenced today and formal commissioning will be held in the first quarter of 2020.

Also, the Special Assistant to President Buhari on Digital and New Media, Tolu Ogunlesi via his official Twitter handle said the rail line has commenced operation “with only one trip return” for now. The train is expected to leave Ibadan at 8:00 am for Lagos and make a return trip to Lagos at 4:00 pm. The rail line will travel at 30-40km/hr in Lagos metropolis.

Ogunlesi in his tweet added that the “Speed and capacity will increase with time,” because, “there’s still some construction work ongoing.”