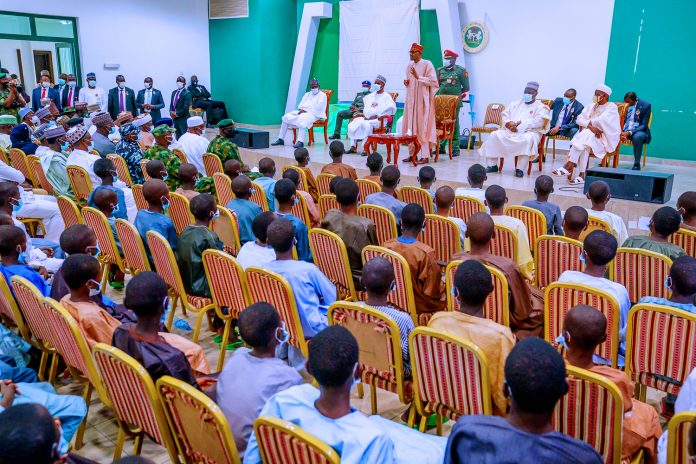 President Muhammadu Buhari on Friday met with the released students of Government Science Secondary School, Kankara, in Katsina State. This comes about an hour after the Personal Assistant on New Media to the President, Bashir Ahmad, made the announcement in a tweet.

The President who received the boys in company with the Katsina State Governor, Aminu Masari, and some top Federal and state government officials, addressed them in Hausa language. He thanked all those involved in the release of the students, especially the Federal and State governments, as well as the military.

In his remarks, Governor Masari highlighted the efforts made which led to the release of the schoolboys, saying security should be the responsibility of all and not just of the government.

President Buhari met with the boys a day after they were released by their captors who abducted them from the Government Science Secondary School in Kankara.

Airports to reopen when safe – NCAA

US election: Joe Biden pushes forward with plans for office