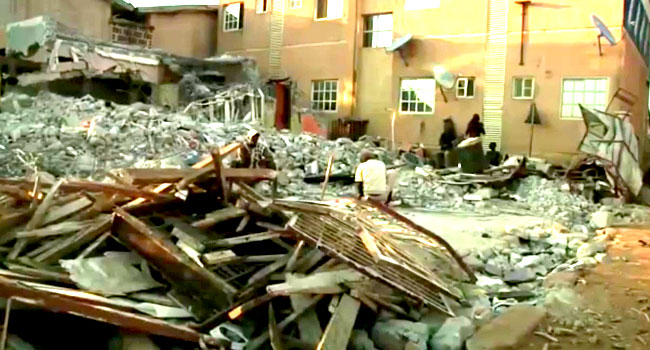 The owner of the demolished Asher Kings and Queens Restaurant, Mrs Aisha Yakubu, has condemned the demolition of her property by the Kaduna State Property and Urban Development Agency (KASUPDA).

Located in Sabon Tasha area of Chikun Local Government Area of the state, the restaurant is the reported venue of the aborted sex party in Kaduna. The property, according to KASUPDA, was pulled down on Thursday last week in accordance with the power vested in the agency to demolish any building that contravenes the rights of occupancy.

In an interview with on Sunday, Yakubu also denied plans to hold a sex party in the facility and threatened to seek legal action over the demolition of her restaurant. She insisted that the demolished building was neither a hotel nor a guest house, and was never intended to be used for a sex party as was claimed by the police.

The restaurant owner also stressed that she was not given any prior notice by KASUPDA before the demolition of her restaurant, and therefore asked the Kaduna State government to compensate her.

Supreme Court set date to give reasons on dismissal of Atiku’s...