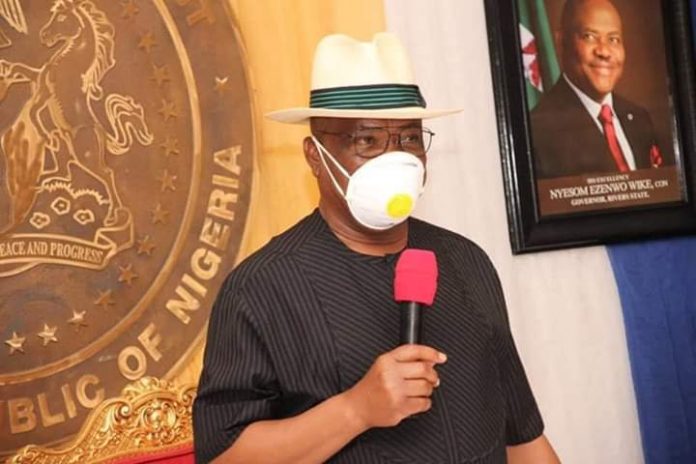 Rivers State Governor, Nyesom Ezenwo Wike says the Federal Government has been playing politics with the Ogoni environment remediation programme recommended by the United Nations Environment Programme (UNEP). He noted that Ogoni having played a pivotal role in the economic development of Rivers State and the country deserves more than what is currently being offered to the area.

Governor Wike stated this during the commissioning of the 16.06 kilometers dual carriage Sakpenwa-Bori Highway by the Governor of Enugu State Dr. Ifeanyichukwu Lawrence Ugwuanyi in Bori, Khana Local Government Area of Rivers State on Tuesday. The governor urged Ogoni people to stop believing those who use Ogoni clean-up exercise at the turn of an election year to deceive them and wondered why clean-up never happens when elections are over.

“I am not like the Federal Government. They promised you they will do the Ogoni clean-up. Has it been cleaned? I promised you road, have I done it? So you can see the difference between our party and their own party. The difference is clear.