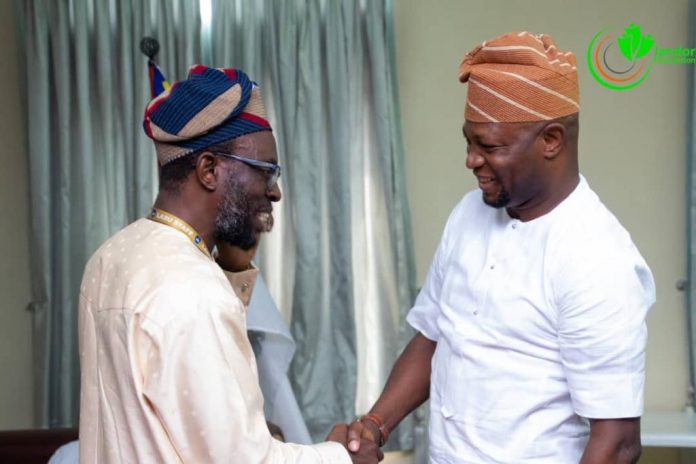 The initiator of the Lagos4Lagos movement, Mr. Abdul – Azeez Olajide Adediran, has congratulated Prof. Lanre Fagbohun, SAN, on the successful completion of his 5 – year tenure as the Vice – Chancellor of Lagos State University.

Prof. Fagbohun, named as the best Vice – Chancellor in the history of the institution by the Non-Academic Staff Union of Educational and Associated Institutions, Lagos State University (NASU-LASU), was appointed in 2016, earning the state-owned institution the second best of the six Nigerian universities ranked in the Times Higher Education (THE) World University Ranking for 2021.

The law teacher also earned the honour of the Senior Advocate of Nigeria, SAN, and also the National Productivity Order of Merit Award, NPOM, conferred on him by President Buhari. While hailing the Awori – born Professor for the achievement he recorded during his reign as the VC, Jandor, as he is fondly called, described him as a product “made in Lagos”.

Jandor, stressed that Prof. Fagbohun has proven the legitimacy of the Lagos4Lagos mantra, noting that “the only workable formula for Lagos is an indigenous solution”. It could be recalled that the Jandor – led Lagos4Lagos movement, has over the years sponsored full scholarships for students in the Lagos State University and other tertiary institutions across the nation. He also donated a fully equipped ICT center for the constrained pupils of the riverine communities and IT trainings for youths across the state.

“The entire Awori people and Lagosians are proud of Prof. Fagbohun, as he has equally shown to the world that Lagos4Lagos is workable,” Jandor added.

Governors agree to ban open and night grazing across states