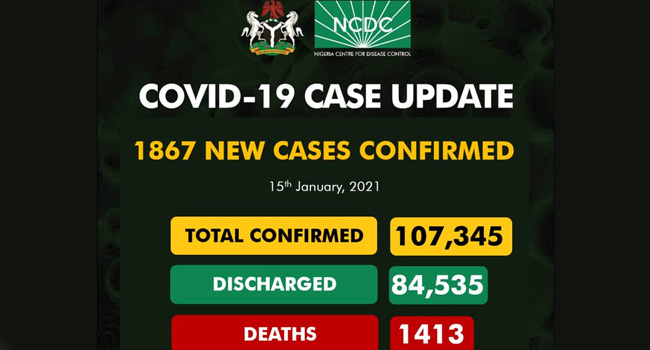 Nigeria has recorded 1,867 new cases of COVID-19, making it the highest daily record in the country ever. Of the new cases, Lagos recorded its highest ever with 713 new infections followed by Plateau and the FCT with 273 and 199 cases respectively.

The total case load of the country now stands at 107,345. However, of the total cases, 84,535 persons have recovered and have been discharged from isolation centers. 1,413 have died from the virus.

There’s too much hunger, poverty in northern Nigeria – Sanusi