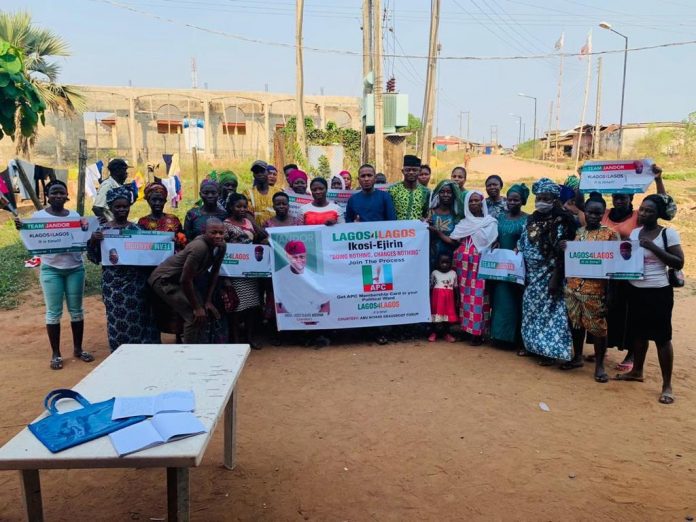 The special registration committee for the All Progressives Congress’s membership registration/revalidation exercise inaugurated by the leader of the Lagos4Lagos movement, Mr. Abdul – Azeez Olajide Adediran, has commenced the ward to ward sensitization exercise in its bid to ensure the full participation of the people at the grassroots.

The present largest sociopolitical group in the state had announced its plan to participate in the APC membership registration/revalidation process, unveiling a 852 – member committee and also deploying another 9,200 Lagos4Lagos members across all polling units in Lagos state.

The committee, which swung to action immediately, held simultaneous meeting across all the wards of the 20 Local Governments, focusing on youths, women, the elites, businessmen and other groups across the state. The Lagos4Lagos movement’s strategies according to political analysts is commendable, as more people are showing interest in the electoral processes through its sensitization programmes which are yielding results already.

Jandor, as he is popular called, said the Lagos4Lagos is working towards registering new members per who believe in a Lagos that will benefit all irrespective of status and gender. “Our target is to register as many people as possible, who are no ghost participants, but real voters across the state”. He added saying that “it is no rocket science, our preregistration exercise has shown that we have the majority, who are youth and the women”.

The APC membership registration/revalidation process will commence on Monday, January 25, 2020.