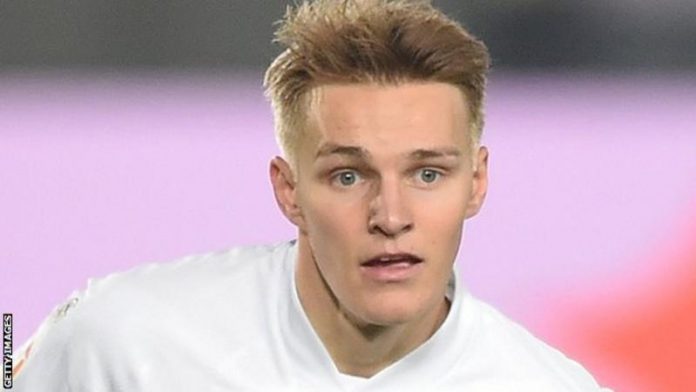 Arsenal hope to complete the loan signing of attacking midfielder Martin Odegaard from Real Madrid on Tuesday. The 22-year-old Norwegian has struggled to make an impact in Real manager Zinedine Zidane’s squad this season. Real Sociedad, where Odegaard spent last season on loan, and Eredivisie leaders Ajax were also keen on signing him.

However, Arsenal have reached an agreement and he could feature on Saturday against Manchester United. Spanish football expert Guillem Balague said Real Madrid blocked him going back to Sociedad as they wanted him to move to the London club. His arrival at Emirates Stadium comes after the departure of playmaker Mesut Ozil to Fenerbahce.

Odegaard joined Real Madrid from Stromgodset in January 2015 and has played nine times for Real this season. After returning to the Bernabeu in the summer following his Sociedad loan, it seemed he might become a first-team regular at Real Madrid under Zidane, who coached him in the B team when he first joined the club.

But after starting the first two La Liga games of the season, he has featured only once from the outset of a league game since – on 21 November.

Ashura: Ban on procession applicable to IMN members only – IGP