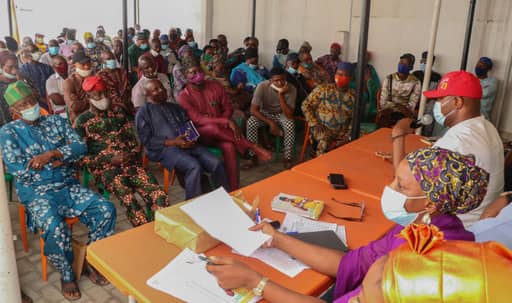 Speaking at a meeting on Tuesday, Jandor, as he is fondly called said “the coast is clear for us, so go and register more people as ever across the state”. The leader of the current largest sociopolitical group in the state recalled the efforts of apprehensive saboteurs to disenfranchise Lagosians from registering into the party, he described their apprehension as “fear of the majority”.

“While we will reach out to our members across all polling units of the state, I urge you to keep to the COVID – 19 guidelines and inform us of development across the wards and the polling units,” he added. It could be recalled that the Party had in a statement issued by the Secretary, Caretaker Extraordinary Convention Planning Committee CECPC, Sen. John James Akpanudoedehe, said a notice in circulation ascribing the postponement to him “is fake and highly mischievous”.

“The APC membership registration, revalidation and update exercise remain on course and commences as scheduled in the attached timetable”, Akpanudoedehe stated. The meeting held at the Liberty Place, the State Secretariat of the Lagos4Lagos movement, in Ikeja had in attendance the state leadership of the movement, the special committee on APC membership registration/revalidation exercise among others.