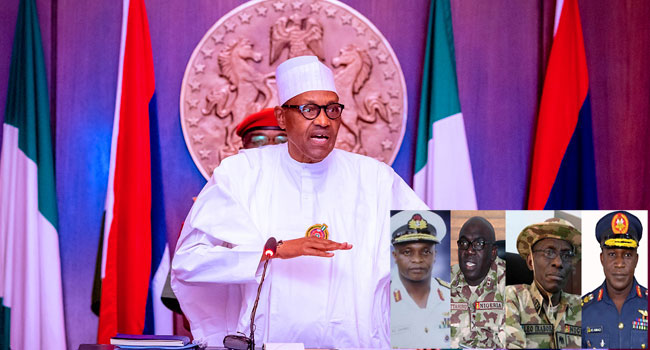 President Muhammadu Buhari is currently meeting with the new service Chiefs. The meeting is being held behind closed-door at the Council Chambers of the Presidential Villa in Abuja, the Federal Capital Territory.

This meeting between the Commander-In-Chief and the new leaders of the Armed Force is coming one day after the president accepted the immediate resignation of the Service Chiefs and appointed new officers as replacements.

As far back as July, the Nigerian Senate had called on the service chiefs to step aside. The Senate reiterated its call in December after 43 farmers were killed in Zabarmari, Borno State, by Boko Haram terrorists.