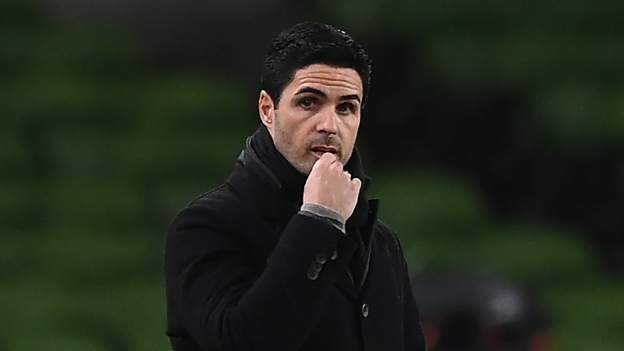 Arsenal and Benfica are talking to Uefa about moving their Europa League last-32 games to a neutral venue to try and combat coronavirus restrictions.

Portugal is on the United Kingdom’s ‘red list’ for travel, meaning players and staff would need to self-isolate for 10 days on their return. Attempts are being made to find a venue which is both available and fits Uefa’s criteria for hosting games. The first leg of the tie is set to be played in Portugal on 18 February. The return leg is due to be played a week later at Emirates Stadium.

Arsenal officials are speaking to Benfica, Uefa and the UK government to try and find a resolution. On Friday, stricter government travel guidelines come into force in order to prevent the spread of coronavirus, which include isolation periods for those travelling into the UK from United Arab Emirates.