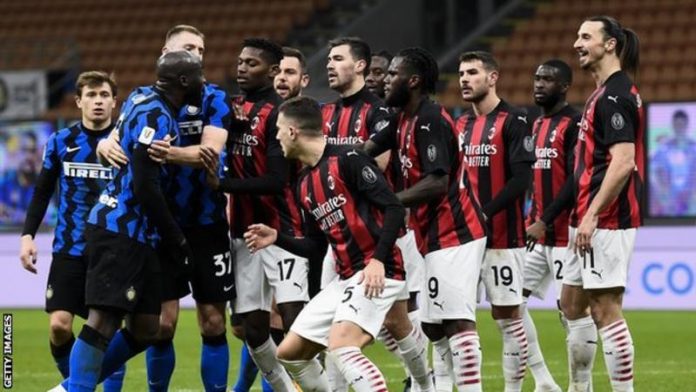 Zlatan Ibrahimovic and Romelu Lukaku have been given a one-match ban following Tuesday’s Milan derby. AC Milan forward Ibrahimovic was given the ban after being shown two yellow cards, one of them for a confrontation with Inter striker Lukaku.

Lukaku was also booked and is banned because it was his second yellow card in this season’s Coppa Italia. Ibrahimovic denied using racist language in the clash, which could yet be the subject of an investigation. In a social media post on Wednesday, the Swede said: “In Zlatan’s world there is no place for racism.”

Both players were on the scoresheet at the San Siro before substitute Christian Eriksen scored a superb free-kick in the 97th minute to give Inter Milan at 2-1 victory.