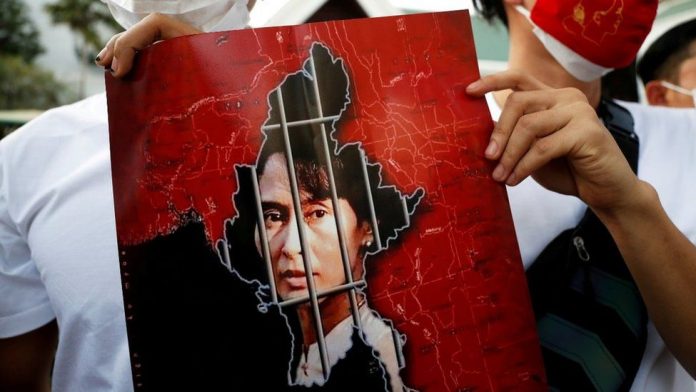 China has blocked a UN Security Council statement condemning the military coup in Myanmar. The military took power in the South East Asian nation on Monday after arresting political leader Aung San Suu Kyi and hundreds of other lawmakers.

The coup leaders have since formed a supreme council which will sit above the cabinet. In Myanmar’s biggest city Yangon though, signs of resistance and civil disobedience have been growing. Doctors and medical staff in dozens of hospitals across the country are stopping work in protest against the coup and to push for Ms Suu Kyi’s release.

The United Nations Security Council met on Tuesday but failed to agree on a joint statement after China did not support it. China has the power of veto as one of five permanent members of the council.

Ahead of the talks, the UN’s Special Envoy on Myanmar, Christine Schraner, strongly condemned the military takeover which came after the army refused to accept the outcome of general elections held in November.

She said it was clear that “the recent outcome of the election was a landslide victory” for Ms Suu Kyi’s party.