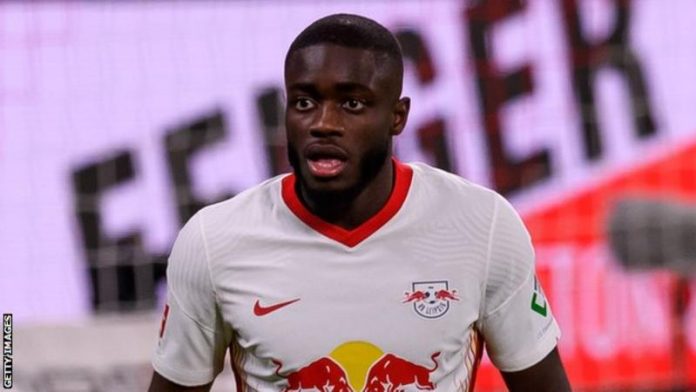 Upamecano, 22, has agreed a five-year deal with Bayern. “We’re convinced that Dayot will be a very important member of our team in the coming years,” said Bayern sporting director Hasan Salihamidzic. Upamecano, who had been linked to Manchester United, Chelsea and Liverpool, has been at Leipzig four and a half years and played 139 games.

European and world champions Bayern are four points clear of second-placed Leipzig in the Bundesliga. Leipzig face Liverpool in the Champions League last 16, with the first leg taking place in Budapest on Tuesday. Chief executive Oliver Mintzlaff said the club wanted to keep Upamecano but the player wanted a “new challenge and to take the next step”.

“Dayot has shown outstanding development during his time in Leipzig, which is exemplary for our philosophy of finding young talents and consistently bringing them to the top level,” he added.

Pep Guardiola: ‘Liverpool’s advantage is too big’ for Man City