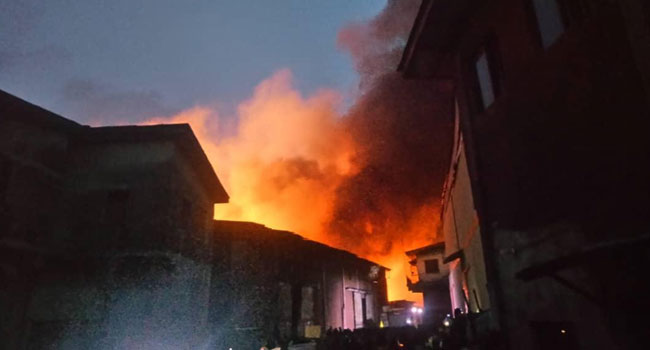 A fire outbreak has been reported at Iddo terminal, Ebute Metta area of Lagos State. The incident according to eyewitnesses started on Sunday evening from one of the shanties close to the terminal affecting warehouses and shops close-by.

The Director-General of the Lagos State Emergency Management Agency (LASEMA), Olufemi Oke-Osanyintolu said the fire was caused by a power surge when electricity was restored at shanties behind the terminus.

“While there appears to be no loss of life, the agency is working alongside the Lagos and federal fire services to control the fire and curtail the extensive spread of the flames,” he said.

According to witnesses, the warehouses were filled with flammable items, including candles, which contributed to the inferno.