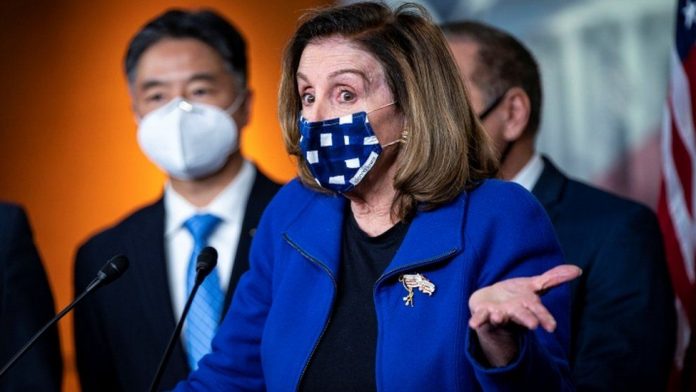 US House Speaker Nancy Pelosi says Congress will establish an “outside, independent” commission to investigate the 6 January attack on the US Capitol by supporters of Donald Trump.

In a letter to lawmakers, she said the commission would be modelled on the inquiry into the 11 September 2001 attacks on New York and the Pentagon. “We must get to the truth of how this happened,” she said.

Former President Trump was acquitted by the Senate of inciting the violence. But Democrats and some Republicans have backed an independent investigation into the riots, which left five people dead.

Mrs Pelosi said that retired US Army Lt Gen Russel Honoré had, over the past few weeks, been assessing the security needs of the Capitol in light of the attack.

The commission, she said, “would investigate and report on the facts and causes” of the attack; “the interference with the peaceful transfer of power”; and the “preparedness and response” of both the Capitol police and other branches of law enforcement.

Jose Mourinho: Tottenham boss says he ‘was rude with an idiot’...