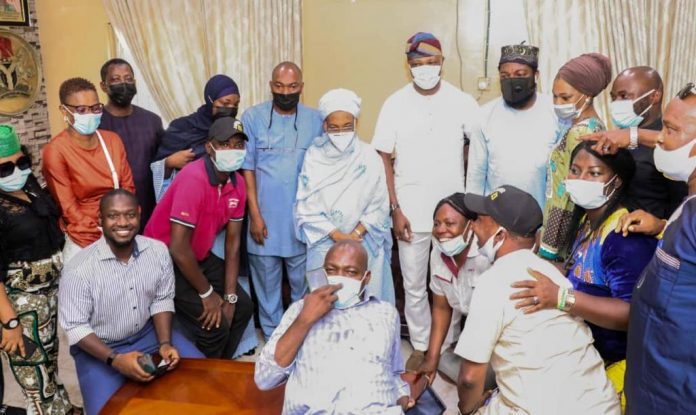 “Had your successors taken after your giant strides as Governor, we won’t be campaigning about Lagos that works for all, 40 years after you left office” …Jandor

More encomiums have continuously poured on the first civilian Governor of Lagos State, Late Chief Lateef Jakande, whose records many described as yet unmatched. The Lead Visioner of the Lagos4Lagos movement, Mr. Abdul-Azeez Olajide Adediran, on Tuesday led an entourage of prominent Lagosians to the home of the former Governor of Lagos. Jandor, as he is fondly called, during the visit extolled the legacies of Chief Jakande, who he described as a true lover of the masses.

The Lead Visioner of the Lagos4Lagos movement, in his condolence message said, “Baba, had your numerous successors taken after your giant strides in government, we won’t be campaigning about Lagos that will work for everyone, 40 years after you left office.” For us in Lagos4Lagos movement, we have taken it upon ourselves to ensure we return Lagos to your exemplary system where resources of Lagos truly worked for Lagos.

Jandor went further to appreciate his family for the support given to the late former Governor. Giving the assurances of building on Jakande’s legacies, Jandor urged the youth to participate in politics and learn from the lessons of great men, who during their youthful age did well for the people.